Airbnb and Ocean Conservancy presents Antarctic Sabbatical, a wonderful opportunity for five adventurous individuals to go on a first-of-its-kind scientific expedition to the Earth’s most remote continent in the month of December. The global travel company, Airbnb is looking for five volunteers to join environmental scientist Kirstie Jones-Williams on a one-month scientific expedition to Antarctica, investigating the presence of microplastics on the most isolated continent of the planet. As the leader of this mission, Kirstie will help in understanding the pathways of microplastics to this remote region and highlight the responsibility of humans to protect the world.

No formal qualifications are required from the applicants just an adventurous spirit with a passion for the environment. Although there is one condition that the applicant must be over the age of 18 years and must be available for a whole month from mid-November to mid-December. One of the conditions is that the volunteers must be fluent in English. The team will be trained in Chile for two weeks for the harsh environment of the continent / Image: Airbnb

In the first two weeks, the participants will train with their teammates in Chile. The training will prepare the team – both mentally and physically – to conduct research in the harsh environment of the continent. The participants will learn to use the scientific language in the training and also get to explore the wild Chilean outdoors. Team will collect snow samples to be studied for the presence of microplastics on the remotest place on earth / Image: Airbnb

The expedition team will set camps in Union Glacier Camp in Antarctica and spend the next ten days working and exploring. The team will collect snow samples to be studied in the lab and research to see if microplastics are present in Antarctica’s interior.

Aside from working, the team will get a chance to visit the South Pole and other beautiful Antarctic sites such as the Drake Icefall, Charles Peak Windscoop, and Elephant’s Head. Alongside the research, team will explore the scenic beauty of the region as well / Image: Airbnb

After researching for ten days the team will return to Chile and process their findings in order to reveal the human impact on the remotest region of the earth. These findings could help change public policy surrounding how we use plastic and how to properly dispose it. The success of this expedition could lead to further studies on how to better protect this unique ecosystem and earth as a whole. 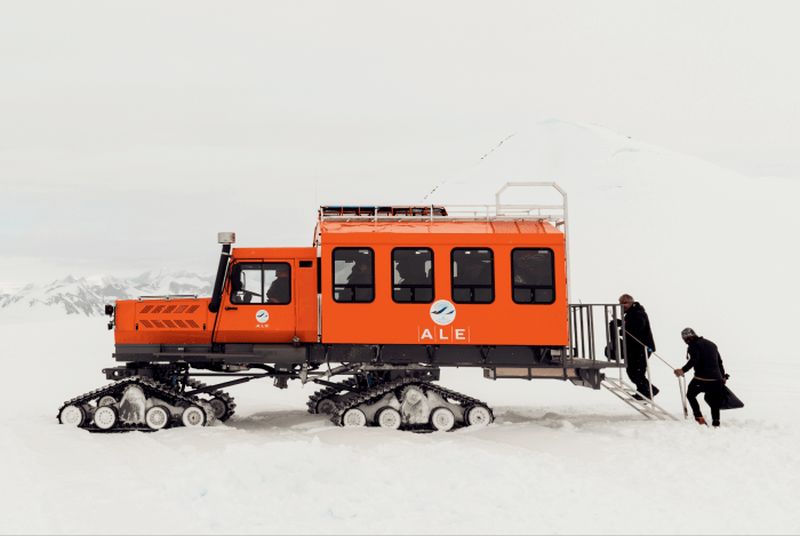 After ten days of research, the team will return to Chile to process their findings / Image: Airbnb

This opportunity also provides you with a chance to work with Ocean Conservancy and to become ambassadors for protecting the oceans. The team will be sharing with the world how to reduce their plastic footprint and its impact on the planet.

Interested volunteers can apply before October 8 and go on this adventurous scientific expedition to Antarctica. An adventure that’ll bring out the best in the participants / Image: Airbnb