Cleanest and Greenest Village in Asia – Mawlynnong, India (In Pictures) But, this Indian village, declared cleanest in Asia in 2003 and 2005, will change the way foreigners generalize Indians. A village where every house has its own toilet, the literacy rate is 100%, people worship nature, and is known for its matrilineal society in which property and wealth are passed from the mother to the youngest of her daughters and daughters also keep mother’s name. Opposed to male-dominated society in other parts of India, this village sets an example against gender discrimination.

Mawlynnong village, located in the East Khasi Hills district, Meghalaya, has a population of 500 residents as of June 2015 and there are 95 households as of 2014. Mawlynnong is about 55 miles from capital Shillong and only 2.5 miles from the Bangladesh border. The inhabitants are hard-working and depend entirely on agriculture for livelihood. Amazingly, cleanliness of the village isn’t due to the government’s efforts. Rather, villagers, under a village council or darbar’, have taken responsibility to maintain the cleanliness. The green drive is purely a result of local initiative. The success of the drive compelled the state government to promote the village as an eco-tourism destination. Now, tourists pour in to see what the cleanest village in Asia looks like. 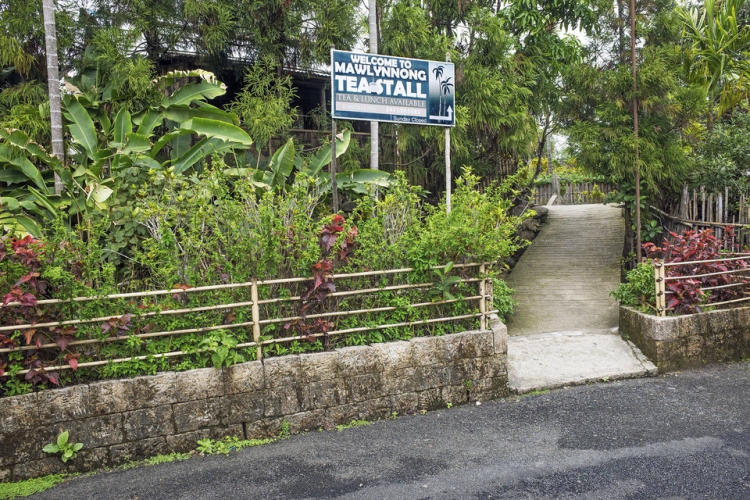 People can be seen sweeping streets and collecting each and every piece of garbage and fallen leaves to discard them into bamboo bins. These bamboo bins are installed at every corner of the village. The pavements are cemented and roadside gardens are filled with colorful flowers. The use of plastic is banned completely inside the village. The collected garbage is buried in the pit dug in a nearby forest to convert it into compost. Living Bridges of Meghalaya are also found in Mawlynnong. These bridges are grown, not built. The roots of rubber trees are bent in desired directions using bamboo ducts. It takes many decades, sometimes an over a century to grow such bridges. The Balancing Rock in the village is also a tourist attraction. Children inherit this wonderful, clean and green culture from parents and are taught about cleanliness right from the school. Keeping the surrounding clean has become a habit of residents.

The village council inspects places, school, and even homes to ensure residents are complying with norms set by the council. The council is very strict towards violators and penalizes them by imposing fine. Residents can take as much as they need from forest, but nothing for commercial purpose.

One of the best aspects of Khasi people is that they worship nature and forests. They believe in living in harmony with nature. Most of the treehouses and housing structures are built from locally sourced materials. The secret behind such cleanliness is a fierce sense of self-determination among residents. Their society follows certain traditional rules. They don’t need outside ideas or adoption of rules from other parts of the world.

The only trouble these villagers face is typical Indian tourists.

Sometimes we pick up plastic when tourists throw them and point out that there are several dustbins. While some appreciate it, others who come here without any knowledge of the place don’t care.

said one of the villagers.

Otherwise, Mawlynnong is a demonstration of community work for rest of India. Stunning ‘Living Root Bridges’ of India are Grown, not Built and Last for Centuries