Ships have great historical significance as they are highly used as a mode of transportation and trade but they are also known for causing an immense amount of pollution. In order to reduce the carbon footprint caused by ships, a Dutch company is deploying an inventive emission-free electric ship called Alphenaar that uses swappable containers as batteries. 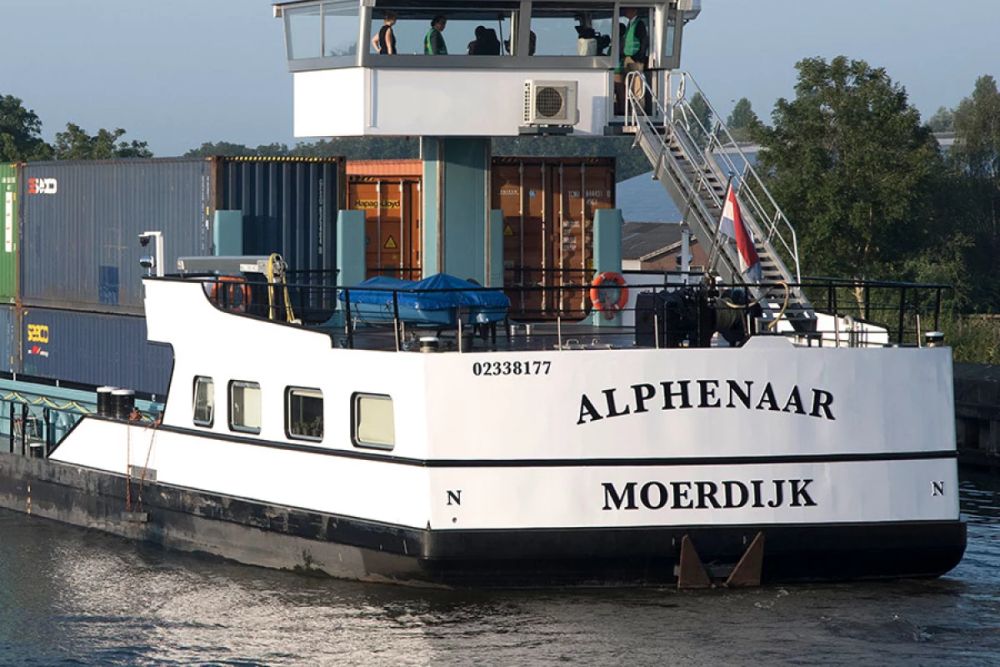 According to Zero Emissions Services (ZES), inland shipping is one of the major contributors to carbon emissions in the Netherlands, it is accountable for approximately five percent of the total emissions of the country.

The company offers a substitute against diesel-powered container ships, which is a great step toward sustainability.

Barges have a capacity varying from 500 to 1000 kW. With a ZESpack of 2000 kWh, a barge can sail for 2 to 4 hours; with 2 ZESpacks on board, it can travel a distance of 60 to 120 km. And there’s zero emission. The battery containers are charged with green energy.

Apparently, the electrical powertrain of barges confirms zero-emission of any particulate matter including carbon dioxide and nitrogen. The battery containers can also be used to calm the energy grid.

The vessel has been in use for the past few months and it has accumulated standard plug connections, which permits them to draw power from the ZES packs. ZES aims to future-proof its technology to allow the packs to work with other sources of energy including hydrogen and ammonia.

The company targets to facilitate thirty and forty shipping routes by the year 2030 and 2050, respectively, along with 400 vessels in action, exchanging around 650 ZES packs at 20 docking stations speckled around the country. It is indeed a great initiative in our battle against the growing number of carbon emissions. Top Sustainable Cabins of This Century for Eco-Living