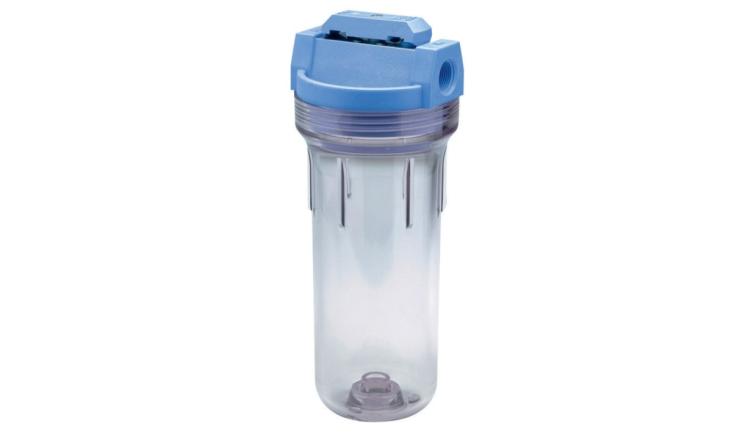 Scientists at Indian Institute of Technology-Kharagpur, have developed what is being billed as an ultra-low cost latertite-based water filter, which can make arsenic contaminated water safe for drinking at less than 3 paisa per liter. The domestic filter can deliver 80-100 litres of fresh water a day for a single household.

This low-cost innovation, patent number 430/KOL/2013, is designed to fit appropriately in the socio-economic structure of India where approximately 32.7% percent of the population lives below the poverty line (the economic benchmark and poverty threshold of Government of India to indicate economic disadvantage).

Filter is conceptualized and developed by team of scientists let by Sirshendu De, head of Chemical Engineering department IIT Kharagpur. The water filer has won Sirshendu an Innovation Award for 2016 from Indian Desalination Association (South Zone).

Developed complete at IIT Kharagpur, the water filter features red laterite soil, which is known for its ability to absorb arsenic. The laterite-based optimized design of the filter allows it to absorb arsenic up to 32mg per gram. The filter offers a range of advantages, which rise above its economical pricing.

The arsenic contaminated groundwater filtered through the laterite-based filter is always within World Health Organization (WHO) drinking water permissible limit. The filter works without electricity and has a life of up to five years. In addition to filtering arsenic, it also filters bacterial contaminants and iron contents. Interestingly, the filter does not require regeneration or backwashing, which makes it easy to use and maintain.

Why is the arsenic filter a great innovation?

Rapid rise in requirement of groundwater for domestic and irrigation purpose has got us digging deeper into the earth where high concentrations of toxic arsenic occurs naturally and is now being lifted with the groundwater we are consuming.

In India West Bengal, Jharkhand, Chhattisgarh, Bihar, Uttar Pradesh, Assam, and Manipur are the most effected states with arsenic contamination in groundwater. To set the record straight, over 200 million people worldwide are affected with arsenic contamination in groundwater and out of this, 100 million people are from India and Bangladesh alone.

Undoubtedly then, the arsenic contaminated water filter is a great invention. It is important for the concerned scientists now to find marketing and production assistance for their filter. This can help them mass produce the filter so its benefits can reach common people who have been dying slow deaths without realizing how impure water they are consuming.