Two terrifying dragons are the new additions, which are made completely from driftwood. The details of the sculptures are stunningly beautifully. You don’t come across such breathtaking pieces of art everyday. This guy is definitely in love with nature and its forms. Perched on a dead tree sits ‘The Wyvern in the Baobabs’ – the first dragon. The ‘Wyvern’s Folly’ – the second dragon- is perched on a gazebo. The gazebo is made from reclaimed steel and recycled water bottles.

The wings, nails, teeth, and gesture, everything is given extensive details. The life-sized sculptures are scary indeed, and that’s the brilliant part of these artworks.

James has been playing with wood since his childhood. However, it was since 2000s that he begun to explore various forms of nature. He had a large supply of driftwood, and it helped him create some of the most fascinating sculptors in his studio. 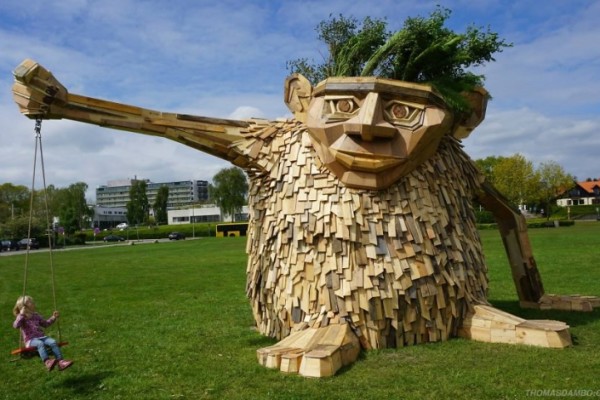