Even though the scientific community was aware of the plastic-eating qualities of bacteria, the research by the Chinese Academy of Sciences of Institute of Oceanology is the first to establish a direct link to polythene.

The research was able to identify three types of organisms that caused the degradation of the polythene film. Experts say that this is the best analysis ever done, however, more research is still needed.

In this study, published in the Journal of Hazardous Materials, a team of Chinese researchers led by Sun Chaomin, identified a marine bacterial species that can degrade poly (ethylene terephthalate) and polyethylene, one of the most ubiquitous plastics in the world. 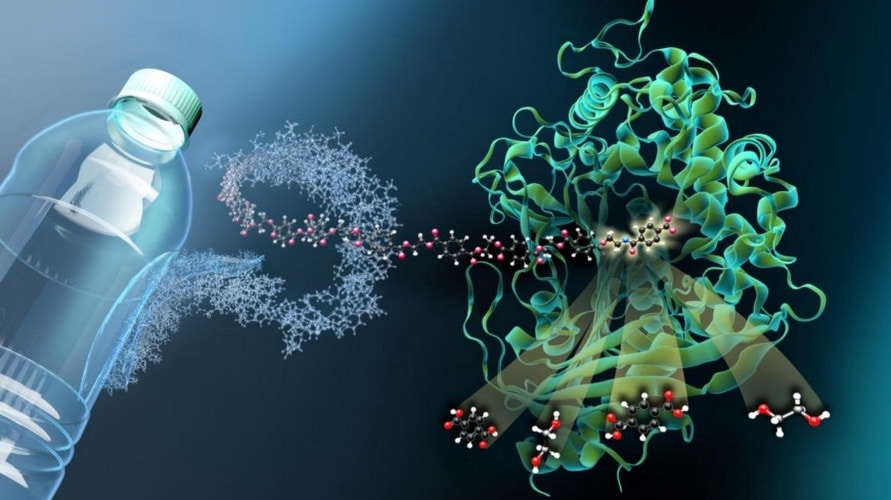 The team said they added bacteria to samples of plastic waste and repeated tests to understand the particular combination of three types of bacteria that are capable of degrading polythene film – by making heavy cracks and deep holes.

Scientists are having a better understanding of how PET is degraded. There are enzymes for PET. But for PE, there is no single enzyme that can degrade the harmful material.

By simply identifying the bacterial community that degrades plastic is not enough. It would take scientists a couple of years to identify the exact bacteria and enzymes that do the work.

Currently, there is a gap in identifying microorganisms and enzymes that can effectively break down polythenes. The Chinese researchers have just demonstrated the poly and polythene degradation efficiency by a reconstructed bacterial community consisting of three bacterial species. They successfully obtained a number of enzymes that can degrade plastics in 24 hours.

There is a huge scope and opportunity to research and identify the enzymes and bacteria that can help to solve the plastic pollution crisis in the world!