For a story on the co-existence of humans and leopards around the world, renowned National Geographic photographer Steve Winter came to Mulund. He installed seven high-tech infrared cameras to record movements of leopards at various locations in the Sanjay Gandhi National Park, just beyond the Yogi Hills. The images he captured with these cameras showed the incredible co-existence of big feline cats with civilization.

Leopards were found stalking very close to a line of tall apartment buildings with open windows. In the final story “Learning to Live With Leopards” on National Geographic, Steve shares his experience in the following words;

It was 10 p.m., and through the open windows came the sounds of dishes being cleaned and children being put to bed. Religious music floated up from a temple in the distance. Teenage laughter, a motorcycle revving. The hum and clatter of 21 million people, like a great machine. Somewhere in the brush around us, the leopards were listening too, waiting for the noise to die down. Watching. According to Nikit Surve of the Dehradun-based Wildlife Institute of India, in an area of 140 square kilometers in the SGNP and its adjoining area of Arey Milk Colony in the southwest and Nagla bloc in the north, 35 leopards were counted in a period of over five months. That means a city with 20, 000 people per square km coexisting with one of the highest densities of a big carnivore.

Leopards have adapted to living near civilization. They rarely attack people but can enter the city for dogs, pigs, chickens, stray cattle rooting around garbage dumps and livestock. Despite such a high density of people living near the park, leopards thrive. Mumbai and leopards also work as a model for other regions of the world that are being intruded on by animals like bear, cougher or wild stags. 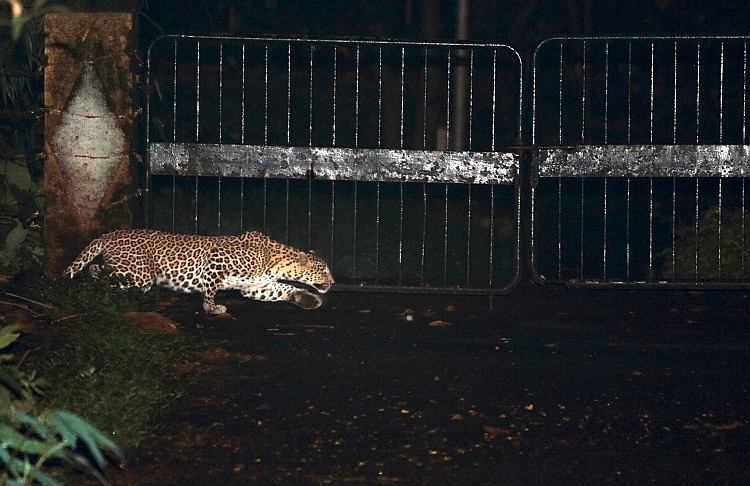 Leopards are fearful of people and they avoid confrontation with them. They find humans taller than what can be hunted, so rarely attack them. Only times when such attacks on humans occur are either those when leopards mistake people defecating or females urinating in the open for prey or they are provoked by human actions. Experts suggest playing music on phone can keep leopards away because these animals never mistake the sound of music with prey. The article also reflects on the extraordinary adaptation capabilities of these big cats. It says;

Unlike most other big cats, leopards can adapt, up to a point. They can prey, for example, on anything from dung beetles and porcupines to a 2,000-pound eland. They can make a home at 110 degrees Fahrenheit in the Kalahari Desert or at minus 13 degrees in Russia. They can thrive in sea-level mangrove swamps on the coast of India or at 17,000 feet in the Himalayas. That adaptability, combined with a genius for hiding in plain sight, means leopards are entirely capable of living among humans, as they do in Mumbai. For an overpopulated country like India, depletion of forests, thus, the disappearance of natural habitat is leading to man-animal conflict. A number of leopards and other animals are killed when they enter cities or villages. Some others are hit by vehicles on highways. There have been gruesome incidents in which leopard was beaten to death, burnt alive, hanged from a tree after chopping off claws, etc.

The need of the time is to learn principles of co-existence with nature and its wild creatures. Capturing or killing should be the last option.

Further, to bring down leopard confrontations, people in India need indoor plumbing and toilets to prevent defecation in open. People need to keep the streets of city clean and garbage-free. Littering attracts stray dogs and stray cattle and that is one major reason why leopards look for opportunities to enter into human habitats.