Ruthless, cruel and barbaric. These are a few adjectives to define human race by their deeds. Following incident after incident, India has seen three cases of animal cruelty throughout the nation. In another horrendous incident, a gang of 12 Narikuravars, an indigenous community from Indian state of Tamil Nadu, were arrested by the forest department for killing a jackal using meat wrapped explosives near Jeeyapuram in Tiruchy. Reportedly, the jackal died as the explosive-filled meat ripped its jaws upon eating. 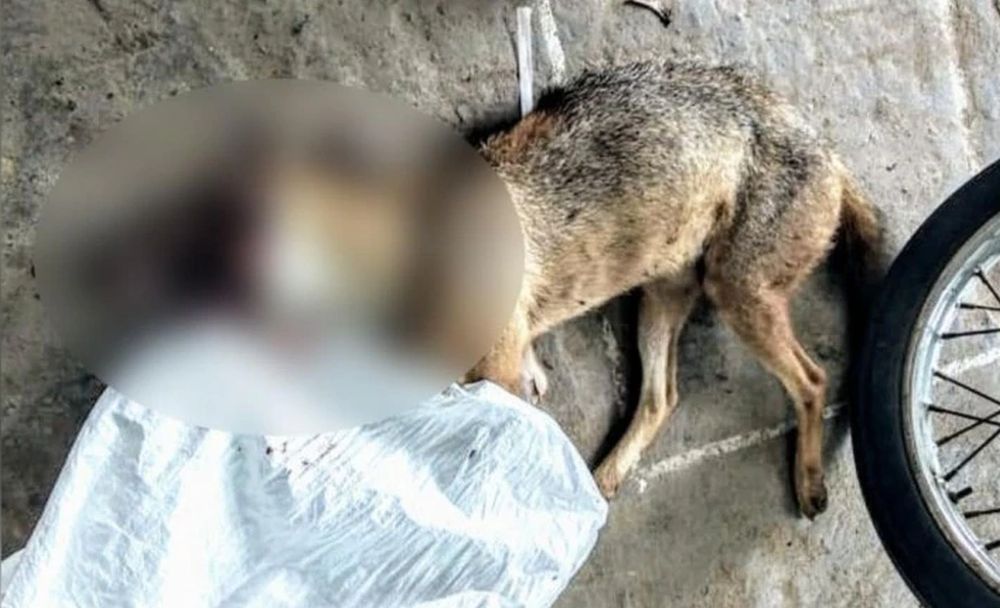 The wrongdoers apparently killed the jackal for its meat and teeth.

The group of miscreants went for honey harvesting to a village. While returning, they spotted the presence of a jackal roaming around. So in an attempt to hunt it down, the accused used country-made bombs and blew its jaw off…The bombs are similar to what is called ‘onion bomb’ that are burst during Diwali. The explosive chemicals are packed and when pressure is applied it will burst.

Reportedly, a police constable noticed the group of Narikuravar drinking tea at a stall along with the carcass in a suspicious bag.

A police constable attached to the Jeeyapuram station spotted the group of Narikuravaras in a tea stall. Seeing their suspective behaviour, he enquired with them. During the initial inquiry, it was found that they had hunted the jackal. Later the information was passed on to us,.

All the accused people belong to Pulankudi Colony near Thiruverumbur.

Following the arrest, the forest officials conducted a further investigation regarding how they had country bombs in their possession.

The incident was met with a lot of anger from the people. Many Bollywood celebrities have condemned this act of brutality. Actress Anushka Sharma has reacted to the incident, which she called is “appalling” and demands stricter laws for animal cruelty.

“What sort of trend is this becoming? It is appalling. Cannot stress enough on stricter laws against animal cruelty,” wrote the actress on Instagram Story, reacting to the news.