If a water stream passes through the middle of the town, piercing the most crowded urban space, wouldn’t it be a heaven to have gadget charging outlets on roadsides? For example, Seoul stream at Cheonggyecheon have, more or less, the same conditions; a famous and crowded recreational space surrounding the stream. 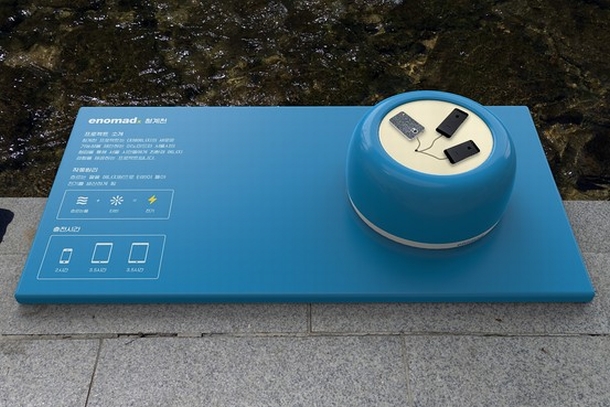 A mildly strong stream flows downtown through a 6-7 miles long creek, and Seoul Metropolitan Government found it a nice opportunity to run a few small hydro-turbines using the force of its current. The energy generated will be made available to the visitors so that they could quench the thirst of their smartphone batteries. 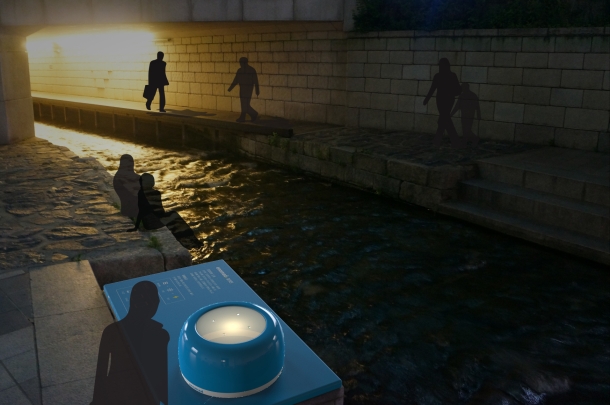 At railway stations, restaurants, anywhere, people in Korea can fight battles to secure cellphone charging ports. There is no doubt that a urban recreational spot like Cheonggyecheon need charging stations more than any other place. The plan includes three mini-hydroelectric turbines, which will use the stream’s current to generate and supply energy to five charging stations.

All turbines are manufactured by a local start-up Enomad and are efficient enough to generate 20 watts of power, which is ample to juice up smartphones, tablets, and other similar electronic devices. 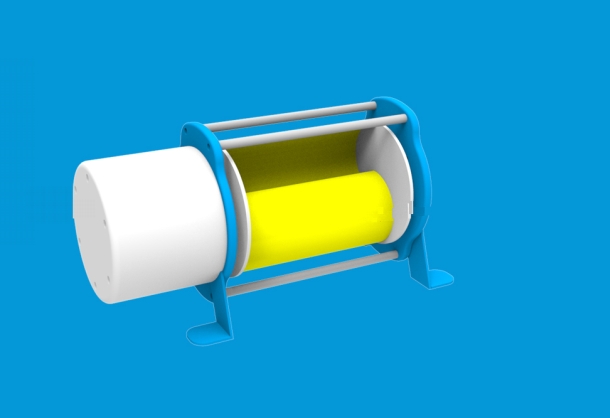 In Korea, 7 out of 10 cellphone users are smartphone subscribers. That’s the highest rate. Arrival of cheap smartphone makers, which in turn owe to decreasing rates of electronic technologies, have brought upon a flood of smartphones. The ratio would only rise in future. But, like body needs soul, smartphones or gadgets are junk without electricity charge. In a country with such a high smartphone usage rate, it is a very wise idea to put little hydro-turbines to harness the flowing water stream.