The discovery of 211 new species in the Eastern Himalayas has become a subject of celebration for wildlife researchers engaged in the task of exploring secrets of Himalayan bio-diversity, identify new species and protection of its fragile ecology. The revelation was made by the World Wide Fund for Nature or World Wildlife Fund (WWF).

These 211 discoveries were made between 2009 to 2014 period, and comprise of 133 plants, 39 invertebrates, 26 fish, 10 amphibians, one reptile, one bird, and one mammal. Tough topography of Himalayas had kept these species, may be more, away from the reach of human kind. This is the reason that Himalayas still hide enormous diversity within its ecological system. Most amazing discoveries include a dwarf “walking fish”, which can breathe and survive on land for up to four days. The fish can also writhe and wriggle in case it finds itself over a wet ground between bodies of water. The “walking fish” was discovered in West Bengal, India. 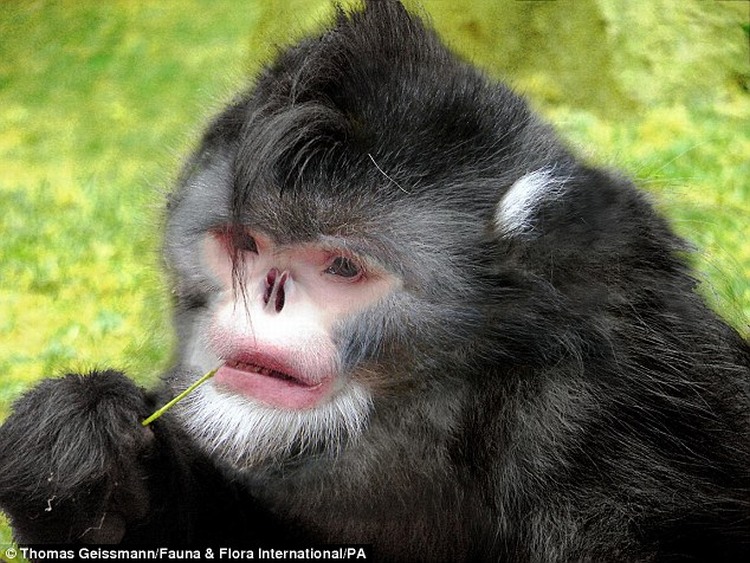 A sneezing monkey in the forests of northern Myanmar is another remarkable discovery. This snub-nosed monkey can be seen spending rainy seasons with their heads tucked between their knees in order to save water entering from their upturned nose, which causes it to sneeze. However, the scientists are worried about vanishing natural habitat in Eastern Himalayas, increasing human activity, population growth, poaching, mining, overgrazing, pollution, and increasing stress due to development of hydroelectric dams.

While the discovery of new spices has amazed everyone, the future of these species, many of which are already endangered, is uncertain. Ahead lies a great challenge to accommodate and preserve ecological balance and such biodiversity.