Everyone around the world is taking an initiative to keep the world green. Such an effort is done by Google under its project Loon. The project is about connecting the entire world with wireless internet service and was launched on 15 June from Christchurch, New Zealand. Loon, helium filled mylar balloon equipped with internet router and associated gear will float 12 miles above Earth’s surface providing internet access to almost 40 square km area. The Loon consumes solar energy as it has four lightweight photovoltaic panels capable of generating 100 watts of power during peak sun that provides more than required electricity to power communications hardware, navigations systems and on board computers. The excessive energy is used to produce heat so that the optimal temperature is maintained for the running of the electronics as it is quite cold at 20 km above the surface of the Earth, whereas left over energy charges the batteries of Loon equal to ten laptop batteries. It also has a solar powered fan, which pumps air in and out of balloon to change altitude, allowing the Loon to maintain its position next to other balloons in network. Apart from being solar powered, the Loon is also energy efficient as it uses very low power electronics. It has three similar onboard computers that consume one tenth of the power of standard laptop and provides modular redundancy if one computer fails. In case, the Loon malfunctions and falls from the sky, it has a built in parachute that will automatically deploy. It also has a case labelled,’ Harmless Science Experiment’ along with a ‘Reward if returned’ and contact information. Through this project Google plans to provide wireless internet access combining hundreds of Loons using 2.4 GHz and 5.8 GHz bands that are publically available without special license. The internet speed will be almost equal to 3G speeds and the total cost will be lower than US$7 billion as low cost balloons are used instead of satellites. 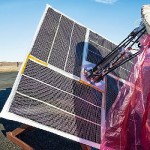 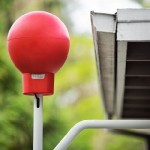 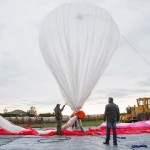 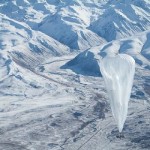 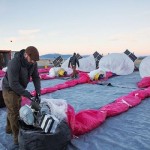 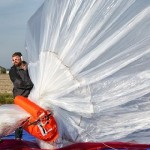 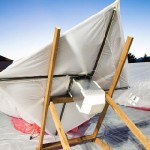 About the author Sidd

Born and brought up in Himachal Hills, Sidd always had a close connection with nature. Adventure lover at heart, Sidd wants to conquer every height nature has to offer. Someday Sidd wants to climb the Everest and until then he will keep you posted about every green initiative that is taken around to save our Mother Earth.