In the poverty-stricken Republic of Rwanda, about 60 percent of households have mobile phones, but less than 16 percent have access to electricity – National Institute of Statistics of Rwanda figures suggest.

To ensure Rwandans do not have to travel kilometers away to the nearest city with electricity, just to charge their phone; a Rwanda-based tech-startup has launched crowdfunding campaign for solar kiosk that can charge 30 mobile phones simultaneously, can provide free Wi-Fi and be towed using a motorbike or bicycle. African Renewable Energy Distributor (ARED), as the startup is called, would be able to bring electricity and free internet services to almost 600 million people, living without electricity in the country.

According to ARED founder, Henri Nyakarundi, ‘the startup wants to bring digital access to all of Africa. The crowdfunding camping will help them produce solar kiosks, which could be launched in other countries of Africa.’ 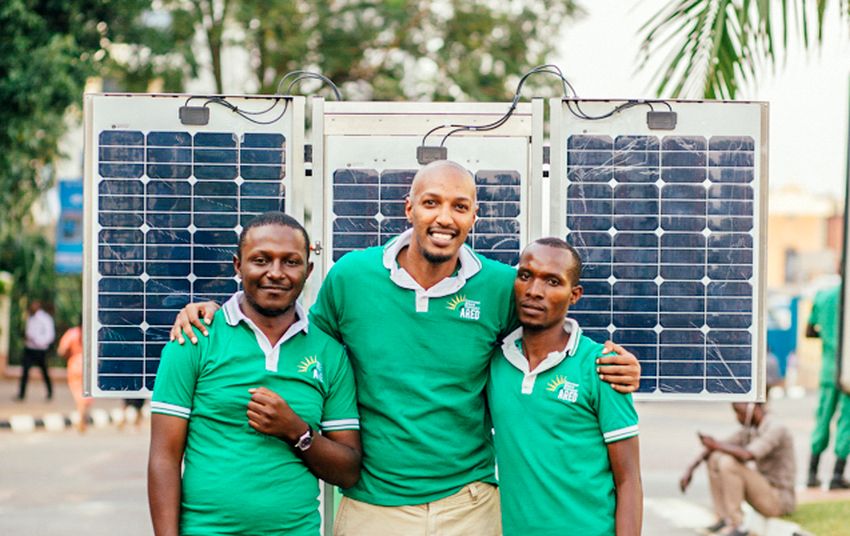 Shiriki hub is made from state-of-the-art technologies. It can simultaneously charge 30 mobile phones and provide Wi-Fi internet connectivity in a specified area around the kiosk.

The solar-powered kiosk features foldable solar panels and a mobile design, which allows the kiosk to be moved around by attaching it to a motorbike or a bicycle.

Interestingly, the Shiriki hub is attached to a lithium-ion battery that allows the kiosk to even be used at night. The kiosk also has speakers, so users can even play music on it.